The Crown Prince of Ras Al Khaimah made a bold promise to his people: to build a technology-driven Emirate.

Hampered by a lack of software talent, with deadlines approaching, his government turned to The Scalers to build a world-leading development centre.

Ras Al Khaimah, or RAK, is one of the 7 Emirates in the United Arab Emirates. In fact, they are the fastest-growing Emirate, bolstered by a steady influx of foreign investment.

”Our top priority was to boost the development of our Emirate online infrastructure in time for the Dubai 2020 World Expo. The Scalers were instrumental in allowing us to focus on engineering while they took care of all the red tape and heavy lifting from recruitment to operations.” 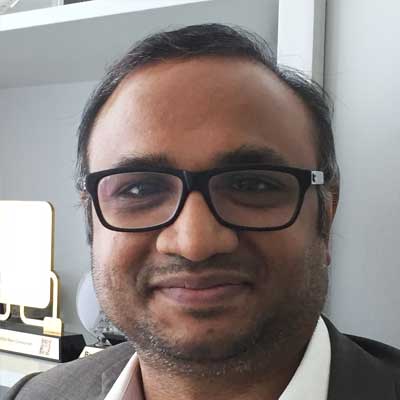 For a long time, the Crown Prince of Ras Al Khaimah held a specific vision: building a technology-driven Emirate, and putting technology at the service of the people.

One day, the Prince decided the time had come, and he called for each and every government service to be fully digitized – all within 3 years.

The Crown Prince was looking to implement state of the art digitisation of the entire government, and wanted to offer this platform to every one of his citizens. One major barrier facing the government was the limited digital infrastructure in-place: basically, they were going to have to build from scratch.

The sheer scope of the project was a headache: from finance to law, and civil aviation to education, every department needed to be brought onboard smoothly and quickly.

It was an enormous mission, and RAK would need to collaborate with an extensive, multi-talented, and determined team to have any chance of success. Of course, none of this stopped the Prince from leaping into action.

Unfortunately, with the acute shortage of local software engineering talent in the UAE, progress began to stall, and the deadline started to loom, tall and impassable.

It was time for RAK to look elsewhere.

It wasn’t long before RAK put the word out: they needed an expert team to build a development centre, operate that centre for 12 months, and then transfer the centre back to the government.

We had successfully implemented similar Build-Operate-Transfer models for large-scale offshore operations in the past, and this was one of the reasons RAK chose to work with us over their existing partners.

The RAK government recognised that with our lean management systems and boundless adaptability, we could deliver above and beyond the norm. Our specialist offshore teams could provide the technical excellence, innovative solutions, and strong leadership needed to succeed.

The Scalers Unlocks a Pool of Significant Software Talent

To start things off, our leadership team spent a full week in Ras al Khaimah, discussing in minute detail the expectations and visions of over 20 major government stakeholders. When putting together a specialist team, it is always critical that everyone agrees on a direction before moving forward.

One common concern was that locals would lose jobs as RAK outsourced development work to their new team. We patiently explained that the new team would bolster existing governmental resources – not replace them. We left with smiles on our faces and a strategic plan in mind.

Our first step was to create custom employer branding to communicate Ras Al Khaimah’s image and mission in Bangalore: eGov Tech Labs. In the first six weeks, we interviewed 150 candidates, before hiring 15 talented developers. At the same time, we found, purchased, and renovated a 10,000 sqft office space.

After 7 months, we had procured five permanent support staff for the office, as well as 50 talented, driven software engineers. By the end of the project, the team had grown to nearly 200 staff and was succeeding as a high-performance, agile development centre.

A Dream Realised:
Technology in the Hands of the People

In the end, the Government of Ras al Khaimah fulfilled its promise: it delivered state-of-the-art software services to its people.

While the government had previously struggled with the lack of software engineering talent in the Emirate, their world-class offshore development team met every budget goal, deadline, and milestone on-time.

So what has the team
already achieved?

Still in its infancy, the development centre has already provided crucial software to the RAK government. This includes:

Looking forward, the RAK government is now planning to transform its Bangalore office into a profit center, selling its unique solutions to other governments. We have also been engaged in 3 additional projects with RAK, such was the success of their offshore development team.

It took thousands of interviews, the construction of a 10,000 sqft office space, and collaboration with 19 government departments, but the end result is a development centre which will serve the people of Ras al Khaimah for decades to come.

And they couldn’t be happier with the result.