Forty years ago, Bangalore turned on a dime. From pensioner’s paradise, the city morphed into a global leader of technological innovation. A virtuous circle of growth followed up by an explosive dynamism and a network of intellectual capital sustained by ongoing knowledge exchange.

In 2016 alone, Bangalore accounted for 35% of the global in-house centres (GIC) in India. The value of R&D done in India is estimated to be around $40 billion and is expected to only increase in the years to come.

The primary contributing factor here is the heavy concentration of high-tech talent who can build custom software for your business at a lower cost. It has a unique appeal to Western companies whose increased market pressure means the need for skilled developers without the eye-watering costs of labour and real-estate. And that’s precisely why multinational companies choose to R&D in Bangalore. Here are five such companies that seized the opportunity and leveraged the IT talent pool in Bangalore, also known as The Silicon Valley of Asia.

With hundreds of tech companies and startups, Bangalore is not only home to India’s brightest innovators and entrepreneurs but has also successfully attracted some of the biggest multinational corporations to invest in the country. One such company that decided to R&D in Bangalore is Google.

Touted to be Google’s first full-fledged engineering facility outside the US, the Bangalore team has also been subject to the company’s notoriously high standards. Google’s first Code Jam event in Asia took place in Bangalore and was an efficient method for scooping up the world-class technical talent for its R&D entity in the city. Not unlike its fellow MNCs, Google chose Bangalore due to its enormous untapped talent pool.

“We just wanted more great engineers, and it’s clear there are a significant number of really talented computer scientists in India. India is definitely going to make an impact, and Bangalore is the biggest contributor to the country’s staggering growth as a leading tech force globally.”

ex. VP of Engineering at Google

Google’s decision to move out of the US to find its technical pioneers relates to the same visa issues currently under threat from Donald Trump; it simply wasn’t possible to obtain enough visas to fill the positions domestically with foreign labour. On the other hand, local labour was also scarce, and they were left with many open positions that needed to be filled. 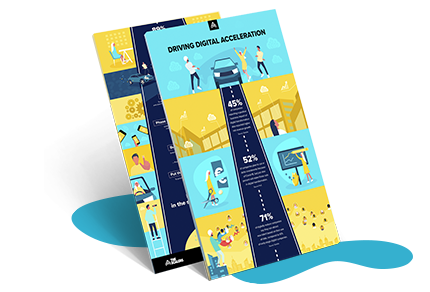 Unlike the majority of companies who set up shop in Bangalore, the move was not a cost-cutting measure but a technical necessity. Google jumped at the opportunity to ride the wave of innovation sweeping across India, and today, the country has been a key driver of the company’s growth.

IBM’s R&D entity dates back to 1998 when thousands of data professionals, business analysts, and engineers were hired. In 2003, the company began actively hiring engineers in India, spread across cities like Delhi, Kolkata, Mumbai, Hyderabad, Chennai, and of course, Bangalore. By 2007, the number of employees hired in India grew by 800%.

A trend among the MNCs in Bangalore has been the ballooning growth of their R&D offices, sometimes with a 20% increase in size every year which means that although these global companies came for talent, the sheer quality and scale allowed them to build technological powerhouses in Asia’s Silicon Valley.

India’s massive services industry that was built with the help of IT companies such as Infosys, TCS, and Wipro, has now trained enough programmers to create one of the largest developer ecosystems in the world, allowing companies like IBM to tap into the talent. From developing a global product and then tweaking it for India, IBM is now building products and services for India and then taking the solutions to other markets.

Our labs in India have been at the forefront in developing solutions like IoT for agriculture and cognitive fashion which are being leveraged not only by local but global clients as well. By choosing to R&D in Bangalore, we have created a pool of innovation that can be applied both globally and in the domestic market.”

Managing Director of the IBM-Verizon relationship.

Microsoft first established its Indian centre in Hyderabad in 1998 and went on to build its Microsoft Research India facility in 2005. However, in 2011, Microsoft decided to R&D in Bangalore and built its newest, state-of-the-art R&D facility in the city.

The 1,54,000 sq. ft building houses the Bangalore Microsoft India Development Centre (MSIDC) team that contributes to Microsoft Corp’s adCenter technologies, as well as the researchers from Microsoft Research India. For the last decade, this centre has been a key player in Microsoft’s strategy of global shared development.

“The availability of world-class talent, advanced infrastructure, and proximity to the booming emerging markets of the world is why we decided to R&D in Bangalore. This decision also reinforces Microsoft’s commitment towards India.”

As the name suggests, Walmart Labs in Bangalore is responsible for building platforms and products to power Walmart’s e-commerce and digital shopping experiences.

The R&D unit, which is the largest outside the US, opened in 2012 and currently employs more than 7000 people. The centre has played a key role in giving Walmart its competitive edge through the development of competitive intelligence and analytics (CIA) platform using machine learning.

“In the last two years, we have seen a lot of momentum. There is great talent in India, and we are ramping up our hiring activity to bring out more global solutions relevant to the retail business.”

The US retailer also set up Walmart Global Technology Services in Bangalore to create technology for stores. Together, the two facilities work to develop a comprehensive understanding of consumer behaviour and create smooth customer experiences across all platforms.

What has been key to Walmart’s success in India is the ability to dodge outsourcing by hiring onsite. Walmart previously outsourced 70% of its IT to a third party but changed the number to 30% after they began R&D in Bangalore. Today, most of the technology-led retail innovations related to optimisation of the supply chain, logistics, and replenishment of products come from Bangalore. The global software giant Adobe has a massive set-up in India, with nearly 4500 employees spread across five campuses in Noida and Bengaluru. One-third of their workforce in Bangalore is employed in R&D work.

“The younger generation today is interested in Machine Learning and AI-related technologies. Such talent is already emerging from Indian universities, and the new generation has tremendous opportunities in these core learning areas.”

As India is steadily evolving into an ‘Experience Economy’, the country is now delivering compelling digital experiences, as in the case of Adobe. Several Adobe products such as Illustrator, Lightroom, and Creative cloud portfolios were also developed in India. Riding on its bouquet of offerings like Experience Cloud, Creative Cloud, and Document Cloud, Adobe achieved a record quarterly revenue of $1.77 billion in the second quarter of 2017, all thanks to their R&D efforts in the Silicon Valley of Asia.

If you’re interested in exploring the idea of building your own development centre in India, feel free to reach out to us by filling out the contact form. One of our senior executives will be in touch with you shortly!

If you’re still unsure about how building an offshore team really works, you can download our free ebook, which acts as a guide to all things offshoring. It’s a simple, easy-to-understand guide full of invaluable information!

Scaling successful tech teams —  an interview with our Partner Success Manager
5 exciting digital transformation trends to watch out for in 2022
Offshore development teams: a solution to the great resignation?
Could distributed teams be the future of software development?
Delving deeper into the dedicated team model of offshore software development