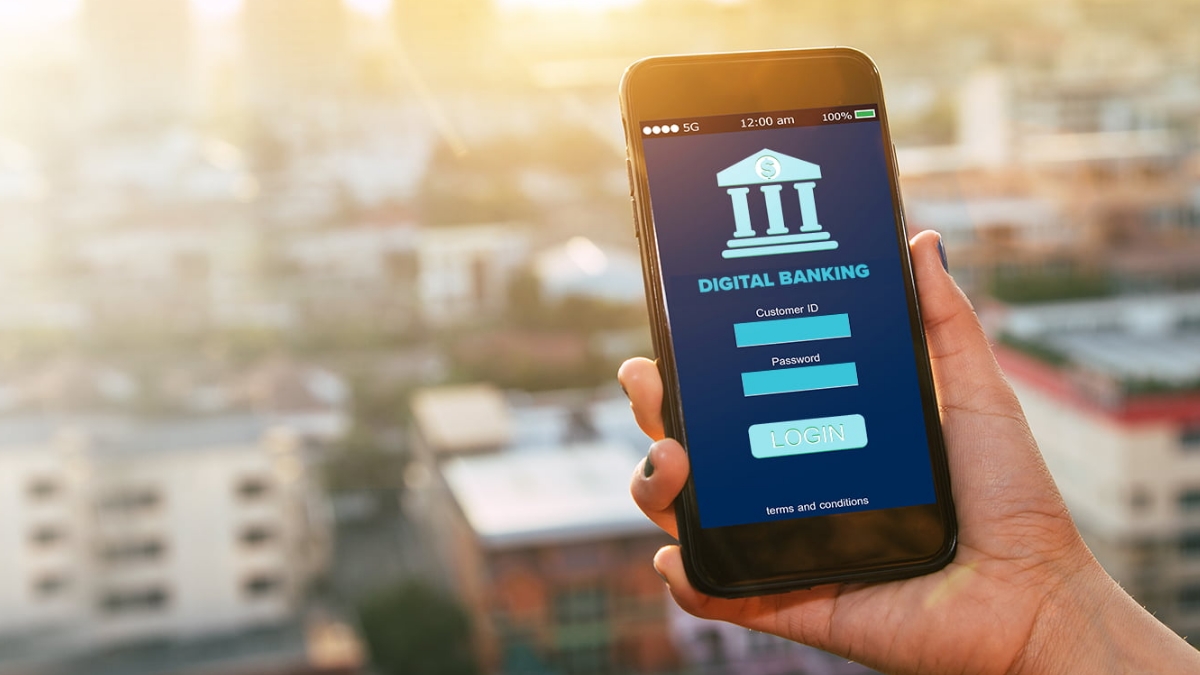 This is the second part in a series titled ‘Going Digital First’.

One of the few silver linings of 2020 from a business perspective was the impetus it gave to legacy industries on the importance of transformation. More specifically, making their services more resilient through digitalisation to keep up with competition — thwarting the threat of new entrants with the dexterity and nimbleness to innovate fast.

In this month’s edition of Going Digital First, we take a closer look at the banking industry, the challenges it faces, and some of the solutions it’s currently undertaking to overcome them. And, some of the plans in the pipeline.

It’s a reality that Covid-19 has negatively affected the bottom line in the majority of industries, yet it’s also a reality that the pandemic has simultaneously driven transformation. In order to remain competitive, many businesses (and industries) have been forced to adapt and digitalise their customer offerings. On a local level, trendy city eateries have moved their most prized dishes online and health clubs have swapped the studio for streamed online classes. More broadly, businesses have used the crisis as a chance to diversify their offerings — digitalisation not as simple to compete but to remain viable. 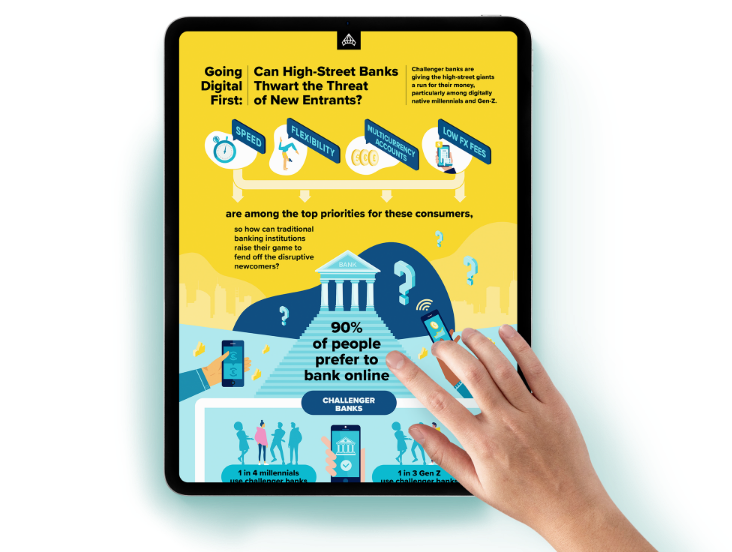 Find out how traditional banks can prevent being left behind

Even before the pandemic, the financial services industry was evolving at pace — driven by changing consumer demand and advances in technology that allowed for greater customer centricity outside of brick and mortar branches. The coronavirus has accelerated this evolution — forcing radical changes in customer behaviour by shifting significant aspects of the economy online and increasing customers’ willingness to go digital. Both the consumer and the industry were gently nudged into an embrace of digital.

An era of emerging threats

Traditional banks, more or less untouched by the threat of new entrants in a pre-Covid world, perhaps became victims of their own success. How so? In established businesses structures and structures and processes that have delivered the biggest wins become set in stone and inflexible as a result. Because of that, fresh and innovative ideas to meet emerging customer needs (and/or emerging customer segments) can get shelved through fear of change.

On the other hand, youthful disruptors don’t suffer from this hesitancy, which means they’re better able to jump in and grab market share. How do leaders in legacy industries like banking drive innovation, performance, and competitiveness without interrupting core processes? And, how do they transform without losing their familiar brand identity — which may be very important to particular customer segments? Indeed, over 70% of UK retirees use a smartphone less than once a week, or never, for banking.

Traditional banks are facing a threat to their card and payments operations from ‘cool’, digital-first new entrants. These include UK-founded fintech operators, Revolut and Monzo, as well as others who are perhaps less well known. Perhaps the most famous of these — particularly in mainland Europe — Revolut, was only established in 2015 and is the number one digital banking platform in Ireland. And, it claims to have already picked up about 1.2 million users in that country alone since its launch in the territory in 2019. Such rapid growth points to an itch well scratched.

High tech gives the high street a run for its mone

These disruptors, also known as ‘challenger banks’ or ‘neobanks’, seek to capture market share using millennial and Gen-Z focussed strategies such as a digital-first approach to their offerings — and marketing that shouts fast, flexible, and fair. ‘Challenger Banks’ are branchless, digital-native banks that intend to compete head-on with their ‘old-fashioned’ counterparts. While they start with a simple product offering, their long-term ambition is often centered around a more complete suite of financial products and services involving multiple currencies and even crypto trading.

Regulations, stone-set processes, and margins hinder the high-street banking organisations from offering the low fees for currency exchange on offer by the neobanks. Major European banks typically charge a currency conversion fee for foreign currency transactions, ranging from 1% to 3% of the purchase amount plus an additional fixed fee per foreign country transaction. Challengers can offer a zero FX fee for card spend (regardless of currency) as they do not currently have the same margin pressures their traditional counterparts face. With new ways of working emerging, and salaries being paid in currencies different to one’s living location — these things add up. 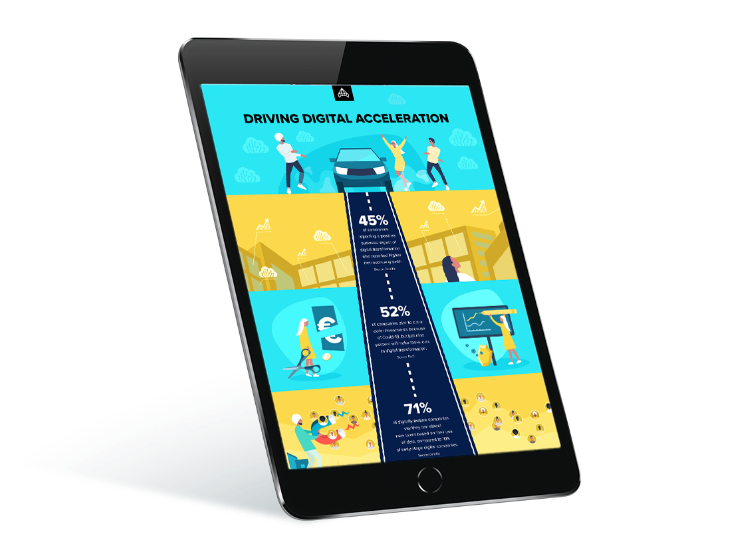 Revolut, to take one example, has branched into several functions traditionally satisfied by traditional high-street banking. Such as? Contactless, chip and pin and virtual card transactions, peer-to-peer money transfers, and transactions conducted via the SEPA banking system. Open Banking is also a key catalyst for the rise of Challengers. Customers no longer expect to acquire all their financial products from a single organisation and are increasingly shopping around for individual products.

And, with nearly 80% of millennials also saying they’d be willing to bank with a non-fintech tech firm such as Amazon or Google — it’s unsurprising that the latter is launching its first banking offering this year in the form of GooglePlex. Going one step further than its own and Apple’s ‘Pay’ applications and entering the checking/current account market, the ripples that will cause are enough for a separate conversation.

A recent article in the Irish Times explored how several sector giants  —including TSB — are teaming up to counter the threat posed by innovative disruptors such as Revolut, Monzo, and TransferWise. To quote the piece: “four of the biggest banks operating in the Irish market are joining forces to launch an instantaneous digital payments app that they hope will help them fend off the threat posed by new payments platforms, such as Revolut”. By clubbing together to offer a multi-banking payment app that enables their Irish users to send and make payments in real time, these traditional organisations are attempting to close the gap on the hyper-convenience of the challengers. 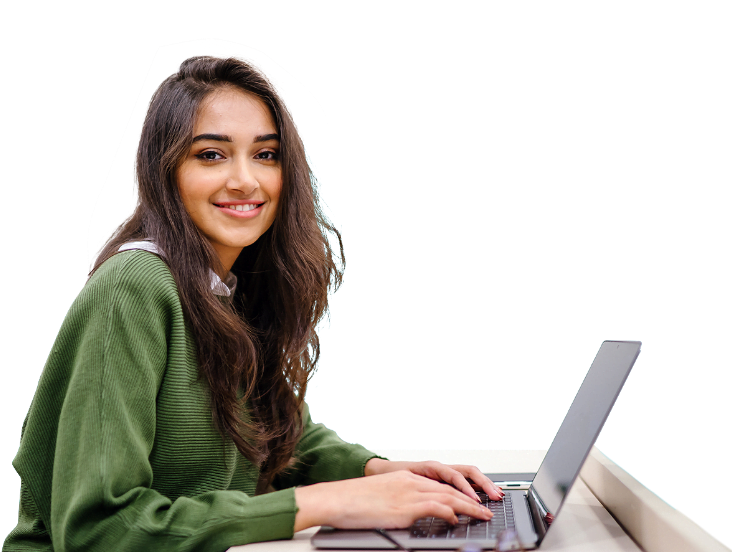 Traditional banks often provide unadventurous tools — you might get the reassuring high-street brand name but you also get a slightly lacklustre package of tools at your disposal. To thwart the threat of new entrants, digital-first strategies need to be implemented in order to prevent losing further market share to disruptors — particularly among digitally native customer segments. Below are three quickly-implementable ways to close the gap.

Technology leaders within traditional banking organisations need to push digital to the forefront of strategic business priorities: the way they approach the entire customer journey and cycle need to mirror the digital age while ensuring older demographic segments aren’t left behind and are supported in the shift to digital business. This also extends to branding and marketing.

It isn’t only monolithic-era attitudes that need to be brought up to speed, but also the technology within the business’ overall ecosystem. To fend off the threat of new entrants, financial services organisations need to update legacy tech with cutting-edge architecture — helping them deploy and maintain their digital services at speed in the cloud.

As the banking marketplace shifts towards a more technology-centric environment, the race for top talent becomes increasingly competitive. Traditional banks that once relied on their global name to attract top developers will have to rethink their strategy to compete with the threat of new entrants positioning themselves as ‘cool’ technology companies first and financial services companies second.

Building end-to-end solutions for your customers is key. The digital native customer increasingly expects to be able to do everything online — without stepping foot into a bank branch, a car dealership, or a clothes shop. It requires a commitment to customer-centricity over tried-and-trusted processes.

5) Focus on resilience to stay ahead

Branch-based banking is inherently vulnerable to unpredictable disruption. Case in point: the coronavirus. However, in order to deliver the branch to the smartphone, new business and operating models must be explored. A stronger focus on software is required, and also how to make those engineering teams resilient too.

Fighting off the threat of new entrants: a conclusion

Traditional banking needs to innovate, digitalise, and give the challenging upstarts a run for their money. But how? One way to remain resilient and competitive is offshore software teams. If you’re struggling to find the skills you need to scale your development team and deliver exciting new products to your customers — and also want to drive digital acceleration, then you might benefit from an extended team in a talent-rich location. We have a report that explores how thinking globally prevents nimble new entrants from taking market share.

If you want to leverage Bangalore’s IT ecosystem, and transform your business, feel free to reach out to us by filling out the contact form in the banner below. As experts in building the best engineering teams in India, we can help you build your A-team.