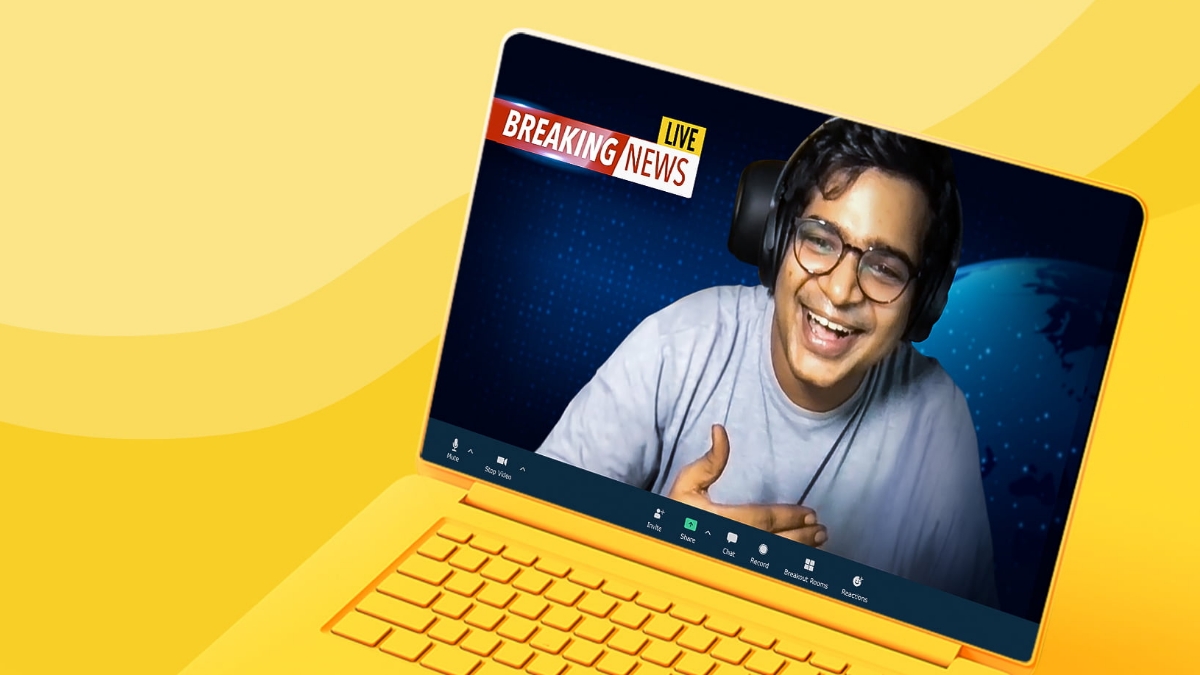 In a work galaxy not so long ago, Zoom and Google Meets weren’t the everyday part of our lives that they are today. In fact, they were very much in the shadow of Skype, which was dismissed by some as their uncool cousin. So, it underwent a makeover: then proudly reintroduced itself to the world as ‘Teams’. But, that’s a tale for another time.

So here we are today in the yet-to-be-defined new normal, where it’s a given that these virtual meeting tools will continue to be used with a frequency not predicted when they first hit the scene. Perhaps not as often as we’ve all become accustomed to, but considerably more than when their patents were presented.

For the first few months, maybe even the first year of the near-worldwide mandatory work from home policies, everyone quite enjoyed their meetings in PJs and writing important briefs… in briefs. However, by the time 2021 was well into full flow, a weariness had set in. The unthinkable had happened – people had actually begun to grow weary of their newly acquired virtual meetings. With this came a growing realisation that something else had been brewing beneath the surface… had we all become stereotypes?

At The Scalers, we think we’ve got the act of profiling down to a fine art. From the hundreds of virtual meetings we’ve partaken in over the past year, we’ve noticed a set of interesting traits and patterns of behaviour!  We make Hollywood criminologists look like poorly prepared amateurs. In fact, as a result we’ve prepared some backgrounds to match the traits of people in our teams, and they might match yours too.

Take a look below and see if you can identify yourself. Or even better, see if you can match the personas with your teammates. And, when you’ve finished you can download the background that fits you best!

Do you think a 4-year old child’s drawing on the fridge is cute or genuinely a masterpiece? Do you agree enthusiastically with the first idea in an impromptu brainstorm as if it’s Steve Jobs pitching the first iPhone? Well, you might have discovered your true persona.

Ancient wisdom says that their enthusiastic head nods could power a small city, and that sports teams around the world hire them to deliver morale-boosting team talks. If you’re suffering from imposter syndrome, The Enthusiast is the perfect partner to have in your corner.

TIP
Make them a judge on a talent show!

Like a Victorian child, heard but never seen — they operate in the shadows, always present… but somehow not. Please don’t be fooled though, behind the invisible face is often wisdom and great ideas. So it would be unwise indeed to discount their contributions.

Some might describe this absentee as a sage in a virtual cave, offering wisdom from behind an anonymous avatar. Apparently you should say their name three times… not as a spooky ritual, but just to check if they’re actually there and haven’t gone shopping.

TIP
Buy them a mask for their birthday!

The master of multitasking, the queen of three screens, juggling calls like a clown does balls. What more to be said about our work-addicted colleague?

The engine room of the team, you can identify this creature by their darting eyes and keyboard clatter. To identify them with  absolute certainty, look out for tell-tale ‘I’m listening’ nods and answering ‘yes’ to multi-choice questions.

Works surprisingly well with The Distractor-in-Chief in a whirlwind of humour-inspired productivity.

TIP
Make them take calls with their hands on their head!

A next-level fantasist with a penchant for flights of fancy. When you think they’re super engaged with your proposal to reshape the accountancy team… in reality they’re wondering whether Superman could swim faster than a shark with rockets attached to its fins.

Some might say The Daydreamer is a mysterious enigma, because you can never be quite sure what they’re thinking, or even if they’re operating in the same dimension as everyone else.

TIP
No calls before 10am, they'll still be nightdreaming!

An entertainer who enjoys amusing the team with silence-breaking jokes, this restless wannabe comedian loves to inject small talk with witty one liners.

Described by some as a walking meme factory and by others as a distracting influence who prioritises spicy jokes at the expense of productivity.

Often operating in a symbiotic relationship with The Workaholic, the distractor feeds off the workaholic’s productive energy in an attempt to create chaos and manufacture madness!

TIP
Put them in a human-sized hamster wheel!

A doorbell chime is music to the ears of this shopping junkie. Unlike the ring of a Zoom call, the doorbell chime signals the arrival of a courier-delivered package. Amazon Addicts are insatiable, completely committed to consumerism and will run at the chance to buy another book that they’ll never read (it looks good on the shelf though).

A good way to get one of these super consumers to perform a task is to tune a dog whistle to the same frequency as their doorbell.

TIP
Buy them vouchers they have to use in-store!

Do you have your camera pointed slightly to the side of your face? Do you position your laptop so that it nicely captures your trendiest shelf fillers? Perhaps you sit uncomfortably at the breakfast bar in order to give your colleagues a panoramic view of the open plan kitchen-living room?

I’m sorry to say you may indeed be an estate agent in waiting, a new career path seeping out into your virtual meeting choices.

This chatty chap enjoys the communicative side of life. But it’s not so much celebrity news, more ‘we have a new intranet, here are the rules’. As soon as an important announcement with the wider company is out, The Anchorman is quick on the company’s internal messaging app of choice to elaborate on the latest happenings.

It might be wise to keep juicy gossip to yourself when you find yourself in The Anchorman’s vicinity, otherwise it might be broadcast on the 10 o’clock news!

TIP
It’s a good idea to keep on their good side!

The team’s very own Dr. Dolittle, this animal lover is just as at home with cats and dogs as bats and frogs. Often seen with a pet perched on their head, this can be quite distracting for the team – especially when there are serious matters at hand.

It can be rather difficult to have a discussion about pay rises when one of you has a smiling sloth sitting on your shoulder.

TIP
Look at their eyes… not the tail!

The Master of Ceremonies

The host, the one who has to keep everything together. The MC thrives on being at the centre of everything and setting the agenda for everyone else to follow. When not on duty, they can be found in supermarkets rearranging the shelves so that the tins are all facing forward – partly to control their environment, partly so they have an audience. They like to control the crowd like a hip hop emcee.

TIP
Don’t interrupt when they’re on the mic!

Have you ever been on a call only to think you’ve stepped into England at the birth of the Industrial Revolution? You might have been speaking with The Construction Worker.

Hard hats and high-visibility vests at the ready, this persona is just as much at home with hammer and drill sounds as notifications pings. Go easy though, it’s usually just a problem with the neighbours!

TIP
Get them some company-branded headphones!

They’re fashionably late, and love to make an entrance. They’re the kind of person who accepts an invitation to your party three months in advance and still rolls up an hour after everybody else.

Some might say they’re an attention seeker, others might say they’re effortlessly cool. To plan a meeting first thing in the morning with The Showstopper is foolish, because it’s highly likely that they’ll waltz in at lunchtime.

And so, we’ve created some online meeting backgrounds for you to use to match your persona! Check ‘em out and take your pick. Or even better, get your teammates to choose one that they feel suits you to a tee.